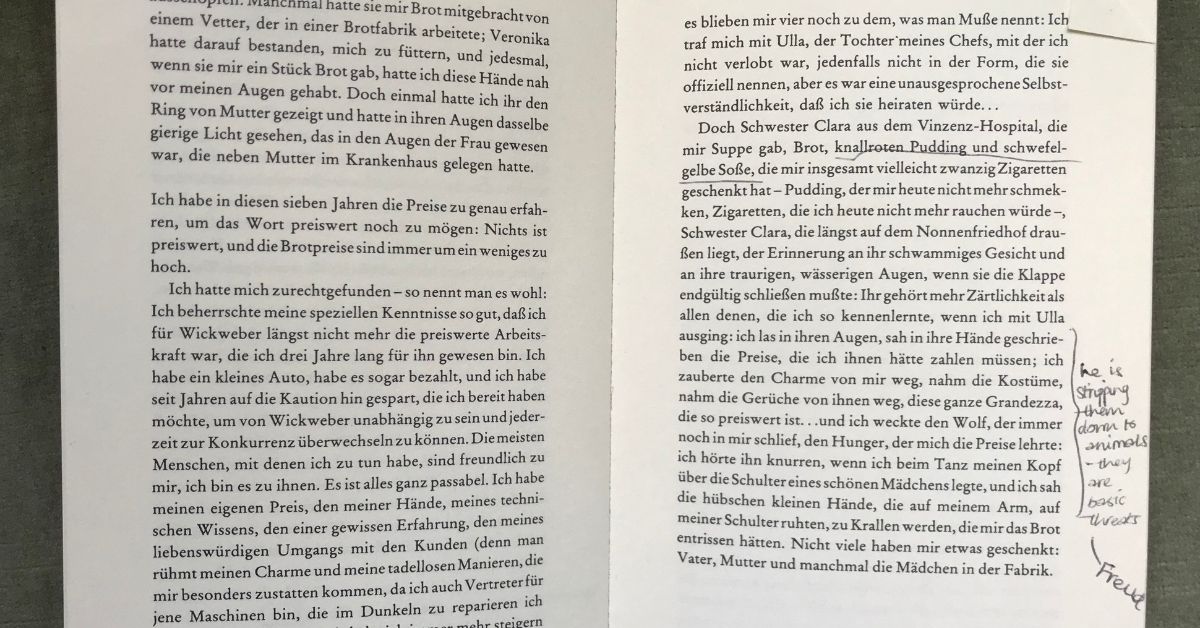 Guten Tag! We’re nearing the start of another school year, and whether you’re currently feeling a frisson of Aufregung at seeing friends again, or just a little Angst at the return to the Klassenzimmer, for those sitting A-levels or Higher exams in German it’s all going to get quite serious this year.

Understandably, some of you may be wondering how you’ll fare after the weeks away from school, and whether your linguistic skills may have slipped during the summer as a result of the dreaded summer learning loss.

But one of the best things you can do to be Schuljahr-ready while still in holiday mode is to read in German. We’ve already offered our French summer reading recommendations – now it’s the turn of the German scholars!

Once again, we’ve suggested a selection of reading material that should stretch A-level or Higher students (while hopefully not being too tricky to tackle). By all means read with a dictionary at your elbow, but don’t worry about looking up every word or taking copious notes. Just read at a speed that is comfortable for you, immerse yourself in the language and enjoy the story. 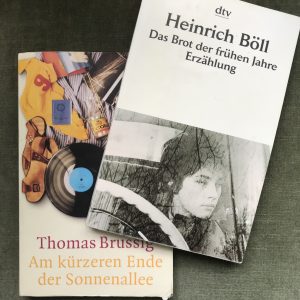 First published in Germany in 1957 and in English 60 years ago (not that we’re advocating the translation!), this first-person story is about engineer Walter Faber, who travels the world for UNESCO. His world-view is challenged by a string of startling coincidences which, together with his repressed past, break up his technology-focused ideology. With themes including technology as philosophy, travel, and fate versus coincidence, this novel is an absorbing read.

This 1915 novella, translated as The Metamorphosis, is one of Kafka’s most famous works. Salesman Gregor Samsa awakens to find he has been transformed into a massive insect. Unable to work, he has time to reflect on his job and comes to accept his new identity. There have been many interpretations of this book, from feminist to religious. The meaning and focus of the sentences are given extra impact by virtue of the fact that the verbs come at the end of the subordinate clauses in German – and to appreciate this finer detail, you’ll need to read it in the original!

One of Mann’s most overtly political stories, Mario and the Magician, written 90 years ago, is an open criticism of fascism. In the tale, the magician Cipolla symbolises this political ideology. He performs in the fictional Italian seaside town of Torre di Venere, watched by the narrator who is visiting the resort. What happens next, thanks to the Mario of the title, is considered a liberation for the audience.

This is another one from 1929. Don’t be put off by the fact that it’s a children’s novel, especially if you’re new to reading in a foreign language. Emil remains this author’s best-known work, and it’s been translated into dozens of languages. Realistically set in the Berlin of its day, this is no fantasy, sanitised world. The gripping story follows what happens after Emil falls asleep on a train to the city having been given some chocolate by a mysterious stranger. When he awakes, the stranger and Emil’s money have vanished…

Translated into English as The Judge and his Hangman, this 1950 work by Swiss author Dürrenmatt asks whether it’s right to frame someone for a crime they didn’t do if they’ve since committed another that remains unproven. The plot focuses on police Commissar Bärlach of the Bernese force, who, while dying of cancer, must solve the murder of Lieutenant Ulrich Schmied, his best officer.

This year is the fortieth anniversary of this book’s publication. Translated as The Neverending Story, the novel’s protagonist is a young boy, Bastian Bux. After his mother dies, the boy is neglected by his father and has to escape from bullies. He rushes into an antiquarian bookshop and steals a book with the same title as this novel, then starts to read it in his school’s attic. The book is set in the magical land of Fantastica, ruled by the Childlike Empress. And so the adventure begins…

Finally, how about reading Harry Potter und der Stein des Weisen? If you’ve already read Harry Potter and the Philosopher’s Stone in English, you’ll have a head start, as knowing the story should make it easier to guess unfamiliar words from their context.