22 Jun Outdoor learning: why it isn’t just for primary schools

With the ever-increasing focus on gaining perfect exam results despite dwindling funds being available for education in most local authorities, it can be easy for a school to focus on academic results above all else. But could this be at the expense of giving pupils a more rounded education?

One technique known to have a positive impact on young people is outdoor learning. The advantages of taking the classroom outside are many and varied, from physical benefits such as  increased fitness and enhanced Vitamin D levels to psychological and social ones including improved concentration, motivation, knowledge retention and interpersonal skills, alongside a stronger ability to trust and work with each other and teachers.

At the same time, of course, some things – including the weather, wildlife and the changing seasons – can only be directly experienced in the open.

Yet childhoods are shifting dramatically, with squeezes on the curriculum, modern technology and pressures on family life meaning fewer chances for being outdoors. Indeed, one survey from last year, funded by a detergent company, suggested that three-quarters of British youngsters are inside more often than prison inmates, while a fifth don’t play outside on a typical day at all.

Fewer children than ever are playing in wild spaces 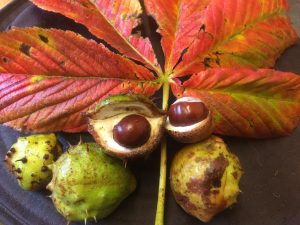 In 2013 the RSPB found, following a three-year study, that four-fifths of UK children were insufficiently ‘connected to nature’, while in 2012 a National Trust report revealed that not even a tenth of children played regularly in wild spaces. (A generation ago, the figure was closer to half.)

These two pieces of research are part of a growing body of evidence pointing to the now widely acknowledged benefits of learning outside. Equally, open-air learning shouldn’t be limited to primary education, even if it does get tougher to leave the classroom with the approach of formal exams, which have a significant impact on young people’s futures.

Indeed, at such a critical stage, it could be argued that it’s more important than ever to avoid the stress, poor health and fatigue exacerbated by a lack of time spent outdoors. And if the advantages of outdoor learning are removed as pupils grow, these benefits will simply vanish.

Clearly, activities for older students will be different, but how about encouraging an al fresco discussion group, or reading under a tree at lunchtime? Or perhaps you could visit a local green space such as a park, woodland area or nature reserve, or consider an after-hours gardening club?

If the young people themselves are involved in planning such activities, success is more likely. In the rush of modern life, it can be easy to forget that teenagers need fresh air as much as anyone else, if not more so. But the good news is that the more you get outside, the easier it becomes. And the rewards for both the youngsters themselves and those teaching them are undeniable.