17 Nov The importance of exercise: why teenagers need to get moving

In our last blog post, we reported on the often overlooked importance of sleep in young people’s lives, and how Britain’s youth appeared to be teetering on the brink of a slumber deprivation epidemic.

Here, continuing our theme of mens sana in corpore sano, or a healthy mind in a healthy body, we look at the importance of exercise for teenagers and why it’s just as important that they move around enough and fit exercise into their admittedly often hectic daily schedules, as well as making enough time for studying and sleeping properly. (While not forgetting the importance of just having fun, of course!) 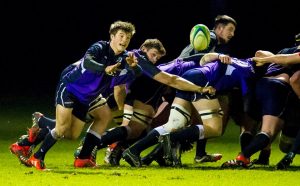 Rugby is just one of the many sports available in Scotland to young people.

Exercise is linked to better general health, including stronger bones and muscles, not to mention enhanced levels of self-confidence. Government guidelines state that up to the age of 18, young people should complete a minimum of an hour’s daily physical activity, ranging from the moderate (e.g. cycling or walking to school) to the more vigorous, such as tennis or running.

Equally, muscle-strengthening activities are an important part of a teenage fitness regime, for regulating blood sugar and blood pressure, and keeping weight healthy and bones – as well as muscles – strong. Games such as tug-of-war or team activities including football, hockey and rugby are good options, while gymnastics, press-ups and sit-ups are among the alternatives.

However, just under a year ago, an international research study into fitness compared nearly 40 nations for the Global Matrix of Grades and found that young people in Scotland, England and Wales were among the world’s least active. Produced by an international team of health experts, the research found the UK trailing behind a string of other nations on the youth fitness front, including Slovenia, Poland and Venezuela.

The report revealed that just 22% of boys and 15% of girls aged 11 to 15 achieved the government activity guidelines, with just one in three in this age group participating in organised sports outside school.

NHS boss Simon Stevens said at the time: “If you could pack exercise into a magic pill, it would be a pharmaceutical blockbuster.” 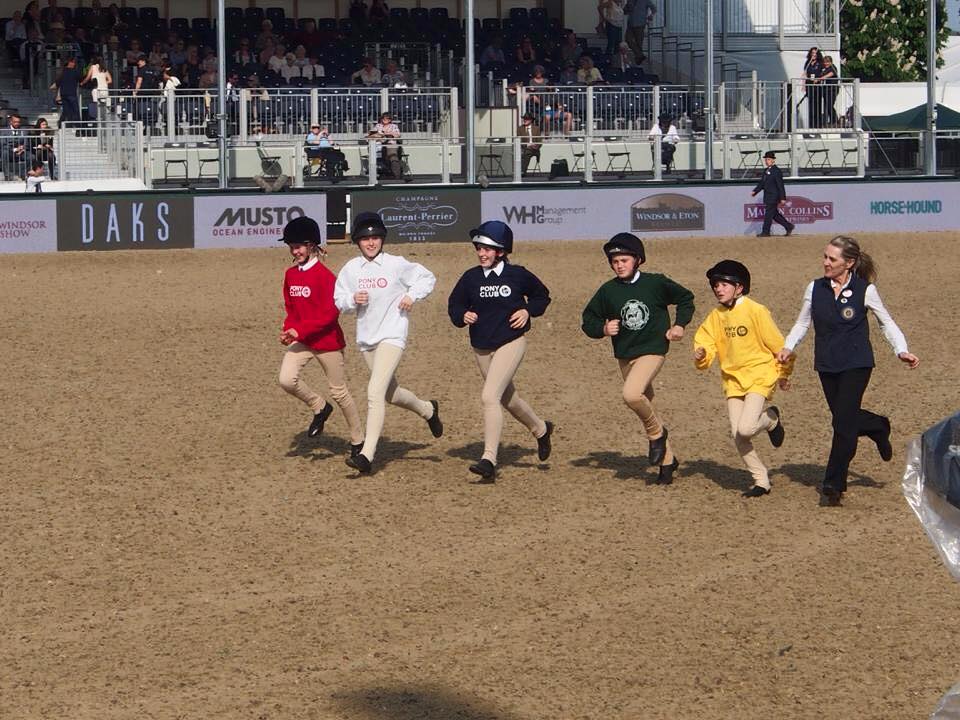 Being a member of a Pony Club Games team involves a lot of exercise – and not just for the ponies!

Meanwhile, researchers from Dundee and Strathclyde universities, with others, studied exercise levels among 11-year-olds in 2001 and 2002 and then compared the results with the youngsters’ exam grades in English, maths and science, up to the age of 16. They found that academic performance in all three subjects improved by around a quarter of a grade for every extra 17 minutes of vigorous exercise completed daily by boys, and every 12 minutes done daily by girls.

More recent research among 25,000 secondary school pupils in England and Northern Ireland indicates that only 8% of girls and 16% of boys achieve the exercise guidelines suggested by the UK’s chief medical officer. Youth Sport Trust and Women in Sport, who interviewed the teenagers in the study, found that nearly half of boys and nearly two-thirds of girls were reluctant to exercise, despite appreciating the importance of being active.

Among girls, specifically, over a third said they felt self-conscious about their bodies, while nearly two-thirds didn’t like competitive PE classes. One girl’s story, about how her school successfully divided exercise into ‘pathways’, allowing girls and boys choice over which competitive outside sports to participate in, is told to the BBC here and makes most interesting reading. 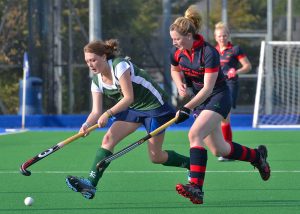 Hockey is a growing sport in Scotland: it’s great for promoting fitness and team-building.

To buck the apparent trend of youthful lack of exercise, choosing the right activity is clearly vital. Team sports aren’t for everyone, so if games such as rugby, football or hockey really aren’t your (or your son or daughter’s – depending on who’s reading) cup of tea, try something else. Martial arts such as tae kwon do, kung fu and judo are fun ways for young people to gain fitness and focus, not to mention self-discipline, and, for young women in particular to develop their self-esteem. Alternatively, for those who don’t want to be karate kids, dancing can provide many of the same benefits.

While it’s easy, even tempting, to skip exercise in this screenbound age, being active in their youth gets teenagers into good habits for life – conversely, being a teenage couch potato could have significant health implications decades down the line.